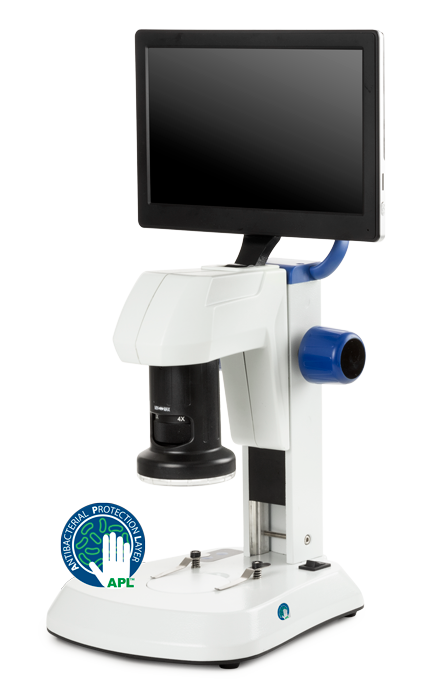 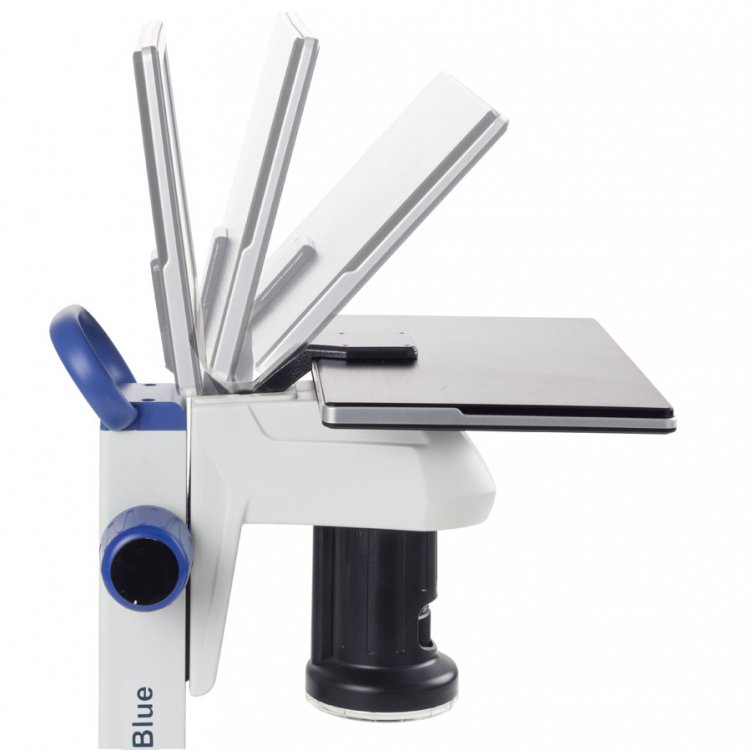 The EduBlue LCD microscope is built around one 1 to 4 times zoom objective and enables observation of all kinds of objects directly on a 9" LCD screen. These kinds of microscopes are well-suited for education

Icons are used to indicate the several functions of a microscope.
Click and find more details about the meaning of each icon

CENTRAL ZOOM OBJECTIVE
The EduBlue LCD ED.3000 features a single optical zoom objective with a 0.7 to 4.5 zoom magnification. This allows an on-screen magnification from 8 to 51.4x. Zoom adjustments engravings on 0.7x 0.8x 1x 1.5x 2x 3x 4x and 4.5x. The working distance is 91 mm. A digital zoom up to 10x is available within the software, allowing a digital magnification upto 514x

BUILT-IN CAMERA
Built-in HD 2 MP CMOS high speed camera with attached 9" screen. There is one USB port for a max. 16 GB SD storage card for captured images. The operator can take and save images to the SD card by pressing on a capture button at the left side of the screen. Images are saved in the .jpg format and videos are saved in .avi format